A common phrase we hear while planning online giving days and discussing major donor involvement for challenges is “We don’t want to ask major donors about giving days, because it will interrupt our solicitation process…”

Fair enough. It makes sense you wouldn’t want to jeopardize a months or years-long solicitation process for a 7-figure gift by asking someone to put up $50,000 for a matching campaign. 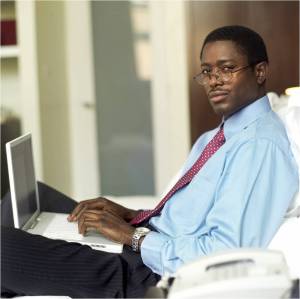 Many of your major donors are online and they want to hear about online fundraising camaigns.

Before we get to tips for integrating major gift work with online, let’s examine a few reasons why your major gift program probably needs to start leveraging online and social media as soon as possible:

Just this week, BWF_social enjoyed watching a real world example of how big gift donors love great online fundraising. Washington State University (a BWF_social client) launched its #CougsGive125 event on March 26-27. The 36-hour event was an enormous success with more than $300,000 raised, entirely online. Part of that $300,000 came via approximately 30 gifts of $1,000+. These large, $1,000+ gifts were not directly solicited — they simply came in through the #CougsGive125 website. Fortunately, part of the WSU giving day strategy included a “large gift protocol” that involved connecting with the $1,000+ donors by alerting their assigned gift officers to the big online gifts (when applicable) so they could thank the donors and learn more about their gift. This reactive strategy to big donors who love online giving worked, as many of the donors reached were thrilled to have the immediate response.

In addition to the sheer number of big gifts, we were also amazed by:

As you can see from the stats and story above, major gift donors — even those in the Baby Boomer generation and older — love online fundraising. So instead of leaving them out of the giving day process to avoid interrupting a process, here are four tips to involve your biggest donors in your big online giving day:

At a minimum, let major donors know the giving day is coming up.

Mention challenge opportunities and ask if the donors would be interested in giving a large challenge gift.

This shouldn’t interfere with other asks — it should help gift officers make an ask. Develop challenge opportunities that connect with the donor’s goals. Are you looking for a $1 million gift for a new performance arts building? Do you have a donor who wants to see that building become a reality? Let your donor know you’ll use their $1 million gift to acquire 100 new donors for the performance arts program. This approach should help you secure the gift, not jeopardize it.

Develop a “large gift protocol” for big, unexpected gifts during the giving day.

Establish what amount constitutes a “large gift.” Then develop a coordinated plan for contacting and thanking the donors who give those large gifts. This is something that should take place throughout the year, not just during a giving day. An approach to recognizing large gift online donors will help you steward current major donors and find new major donors. (It did both several times over during WSU’s #CougsGive125)

Perhaps the most important tip? Don’t wait for the giving day to involve your biggest donors online.

Be sure your gift officers are online and social media savvy. This should now be a requirement for the role of gift officer. If they’re not up to speed, provide training. (It’s not hard, it just takes willingness) Build digital events into your major gift program and build a major gift program with a strong digital element. If you’re not using online to engage current and prospective major gift donors, you are leaving a significant number of donors out of your fundraising efforts. With the increasingly competitive major giving environment we now work in, that’s a risk you shouldn’t be willing to take.

Justin Ware is the Director of Interactive Communication at BWF_social. To learn more about how he helps organizations produce digital fundraising plans that include major gift elements, click here.