More than half of America uses social media regularly and Facebook is still the king when it comes to number of users. And while the share might shift between social networks and demographics, there is no indication that use and growth of social media is going to stop any time soon.

For the full report from eMarketer and Adweek on who is using which networks, click here.

We frequently see reports and studies telling us how many people, in which demographics, use social media. But how can we take these usage numbers and apply them to our digital strategy? Below are a set of tips, based on data from the above eMarketer strategy, for the three biggest social networks — Facebook, Twitter, and Instagram.

Facebook is a behemoth of a social network with more than 1 billion people worldwide and more than half the U.S. population actively using the site. Facebook’s user base is getting older, but that’s more of an opportunity than a drawback for fundraisers. To understand why, think major gift work.

Did you know that:

The third point is from our work with clients at BWF_social. In our two most recent giving day campaigns, 42 major donors gave online gifts of $1,000 or more during one giving day, while 26 gave gifts of $1,000 or more during the second effort. In both cases, the gifts were unsolicited beyond the mass marketing work that reached all donors, primarily through email and social media.

But really, when it comes to Twitter, age doesn’t matter as much as functionality. For most people, Twitter is a news source. So a good Twitter strategy should be built around sharing a good deal of relevant content. Both relevant to your organization and, most importantly, to your audience. An aging but still accurate HubSpot study from Dan Zarella tells us Twitter users with the most followers are those who often post links in their tweets. Another study from Zarella and HubSpot tells us posting a picture via your tweet helps engagement.  In other words, don’t just tweet about your lunch — tweet about your lunch using a picture and including a link to the recipe. 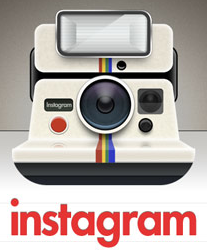 Instagram is the king of social media networks when it comes to audience engagement.

On Instagram, it is (mostly) about the kids …and engagement. In fact, Instagram has, by far, the highest engagement of any major social media network. If you’re looking to connect with and market to people age 45 and under, Instagram is where it’s at.

You can’t post links on Instagram, so don’t bother using it as a direct marketing resource. Instead, think of Instagram more like traditional advertising. Can someone give a gift directly through a TV ad? How about a print ad? No. But both television and print have value for raising the awareness and improving the perception of your organization. At a minimum, Instagram — and all social media, for that matter — is no different. Especially if we’re talking about engaging the younger audiences who heavily use Instagram and who really don’t watch TV or read much print.

Justin Ware is the Director of Interactive Communication at Bentz Whaley Flessner where he helps clients build digital engagement strategies for every aspect of fundraising — from the annual fund to major gift work. Click here to learn more.